From our archive : Where simple is the rule 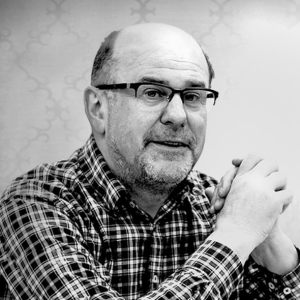 I’ve been staring at a graph from Gartner called ‘Hype cycle for emerging technologies 2010’. It dips and swoops stylishly and is covered with exciting phrases such as Extreme Transaction Processing, Social Analytics and Idea Management.

I spend my life helping large organisations get their online communication right and wonder occasionally if I should try to think up snappy labels to stick on my ideas. They will get clients excited, surely, and must go down well in the C-Suite (to borrow another bit of snappiness). But no, I’ve decided that if a word or phrase needs too much explanation, it’s worth avoiding. Which is a long-winded explanation (excuse?) for celebrating a word that is unlikely to set any pulses racing: ‘governance’.

Governance is control, regulation and influence, according to my dictionary, and it is highly important. Over and again I find that the answer to problems in the world of the web and social media rests not on bleeding-edge ideas, but on sheer organisation. And it is good governance that gets that organisation right.

Take the agenda of a conference we ran in the summer, which tried to reflect the hopes and fears of online managers. There were three big themes: running a global web estate, social media and reputation management.

Design, usability, Facebook, Twitter, we talked of all these – but in the end the discussion always tipped towards management and organisation.

It’s fairly obvious why with the global web estate – though that doesn’t make it easy. (The person I’m talking to here manages the web in headquarters. If you are not him/her, maybe you are a boss or colleague; I hope this helps you empathise.)

The first job is handling the boss. Two issues sound contradictory, but often go together. Many senior managers still don’t see the web as important – they may pay lip service to it, but they just don’t get it. But the same people can come back from a dinner with their peers and say ‘We need to start tweeting!’. A dangerous combination.

Next, persuade your colleagues around the world that they shouldn’t set up websites when they like, how they like – that things like brand consistency and shared costs have some merit. Be nice to the folk in IT (unless you are in IT) and take careful note of everything they say. Then set up a system that gets the right balance between supporting other people and keeping them in line. There are a number of good governance models – the trick is to get the one that is appropriate (another dull word I’m fond of).

If you do all this, and well, you have a chance of getting a web estate that does all the things it might do, and well. Until, of course, someone comes along and says, ‘What about social media?’.

What about social media? If you don’t get the governance right here, you are in trouble. There’s a specific problem arising from the demarcation – increasingly artificial – between marketing and communications. Many companies have put their social media activities into marketing. It seems to make sense: think of all the exciting opportunities it brings to have a dialogue with customers.

But the website is usually run by the comms team (we’ve done a survey – it is). If there isn’t coordination between web and the social media people, what fun there can be. A giant company’s social media manager got back to work to find the group had made a shattering decision on its future. He tweeted that he was “offline for my son’s bday party. Came home to find news. While trying to collect info, I tweeted that I knew zero”. Lovely that he put his family first, but why on earth was this important voice of the company not told that his corporate world was about to shake? Because, I suspect, the comms and social media people didn’t think to talk to each other.

Reputation management – in the news recently, largely thanks to BP. Increasingly, the web is the main line of defence. Here you can put the company line, provide practical detail and put sticking plasters on your image. But who is traditionally in charge of defending reputation? The press office, with its hot list of a dozen journalists who can kill any story with the stroke of a typewriter key. At least they used to be able to. It doesn’t work any more, thanks to websites, Twitter, blogs, Facebook and their friends – so the press office needs to work hand in glove with the online team. You need to react very fast indeed. That involves having a pre-arranged process that can be activated in minutes.

Why do I talk about governance, rather than sticking to even plainer words like organisation? Because effective online communication has to be governed from the centre: yours may be the most decentralised group in the world, but with only one web presence, it must be controlled, regulated and influenced from one spot. Senior managers need to understand that, even if they leave implementation to the worker ants who know just what needs to be done.